SNY and Jets Score with a Pair of Emmys

SportsNet New York took home two Emmys over the weekend for Jets programming which first aired between Aug. 31, 2009 and Aug. 31, 2010.  The announcement was made Sunday as the 54th annual New York Emmy Awards were held at the Marriott Marquis Times Square.
"Everyone involved with the Jets programming on SNY was thrilled with the Emmy wins," said SNY coordinating producer Will O' Toole.  "It was truly a team effort. We had been nominated for several since our partnership with the Jets began, so it was really satisfying to win this year.

"One of the main reasons that the partnership between SNY and the Jets has been so successful over the years is the increased, behind the scenes access we have gained each season. It has given us an opportunity to showcase the personalities of the Jet coaches and players, which has allowed us to serve the Jet fans with one-of-a-kind programming."

On Jan. 18, 2011, the Jets and SNY announced a multi-year extension of their comprehensive television and marketing partnership.
"We've had a great partnership with SNY for the past five seasons and we're pleased that they continue to get recognized for their in-depth coverage and original programming dedicated to our team," added Bob Parente, Jets senior vice president of programming and media production.  "We were proud to get nominated for seven Emmy nominations overall broadcast on three networks — SNY, WCBS-TV and Fios 1 News."

"The Jet programs on SNY are produced by a small but passionate group of people, and it was great to see the efforts of all involved recognized this year," O'Toole said. 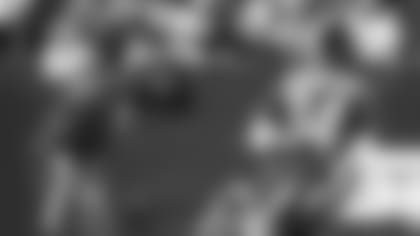 3 Takeaways | How Did the Jets Players Perform in Pro Bowl Games?

Former RB Thomas Jones: 'My Time With the Jets Was So Great'

What Do You Expect From AFC East Teams Next Season?

Where Are They Now: Joe Kelly

Catch Up with the Jets Legend Originally Drafted by Cincinnati

Notebook | For the NFL, Two Offseason Events Have New Looks

Advertising
The browser you are using is no longer supported on this site. It is highly recommended that you use the latest versions of a supported browser in order to receive an optimal viewing experience. The following browsers are supported: Chrome, Edge (v80 and later), Firefox and Safari.